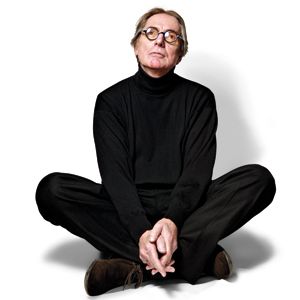 Why can’t you find a bestselling Chilean book in an Argentinian bookstore, and vice versa? Pablo Dittborn of Random House Chile discusses this and other issues in Latin American publishing

It may seem strange, but throughout Latin America you won’t find a great deal of sharing of current and new local releases between countries. Yes, you will be able to find big international bestsellers, like Walter Isaacson’s new biography of Steve Jobs, in Buenos Aires, Lima and Bogotá. But if you were to visit the top bookstores Argentina and Chile (bordering nations), you would discover a drastically different selection of books.

This problem has been front and center at the 31st International Book Fair of Santiago Chile, where a series of roundtables and public conferences (titled Dialogo Narrativo Latinoamericano) paired veteran and up-and-coming fiction writers from various Latin American countries to discuss why it is that books from individual countries have such poor circulation within the continent as a whole. To gain an understanding of the problem from a commercial point of view we spoke to Pablo Dittborn, the Editor-in-chief of Random House Chile, about the challenges of transcontinental Latin American publishing.

The conversation took place on a sunny midday at a café inside the book fair’s spectacular venue: the Mapocho Train Station Cultural Center. The station itself was inaugurated in 1912 and designed, in the Beaux Arts style, by a protégé of Gustave Eiffel.

In Santiago, Dittborn is a known local character, with the reputation of a provocateur and bon vivant. In a recent magazine interview he began by saying that his car had just been stolen, but what pained him most was that Borsalino hat was in the car and lost as well. Now in his 70s, Dittborn remains trim and has held onto boyish good looks. That said, his demeanor — which might be read as dandy-ish — belies the nature of a shrewd executive, one with over 40 years of editorial experience in both Argentina and Chile.

SWBN: For starters, do you agree there is a problem of book circulation between our countries? And if so, why is that?

Yes, this is a problem that clearly exists and needs to be solved. Why exactly this happens, we have not been able to clearly establish. As editors, we are continually receiving complaints from various authors who ask ‘Why is it that with a publishing house like Random House or Planeta or Alfaguara — transnational publishing houses — that my books aren’t in the other countries where you also have franchises?’

In general, the response has been: ‘Look, what you write about is of local interest.’ Or sometimes, ‘It does not work the other way around either.’ If I am accused of not publishing one of my authors in, for example, Ecuador — on the other hand, I have to point out there is no Ecuadorian literature in Chile either.

So, yes, there is a real barrier, although there is no reason for it to exist. We Latin Americans should be able to read one another without having to pass through Spain. One of our problems is this cultural dependency on the major cultural centers, which is to say, we read American, European and Asian writers in translation, before reading each other — even wen there is no language barrier between us!

But is there a barrier from the business side: tariffs, import restrictions and the like?

Yet Chilean books would be expensive in Argentina…

It is true, nevertheless, that Chilean books would be expensive in Argentina because they are more expensive here, due to the fact that we have small print runs. Economies of scale determine if a book is more or less expensive.

Would e-books be a solution? And how far are we from having a robust e-book market in Latin America?

We are very close. I will give you a number: eighteen months. And it’s not arbitrary. Three days ago we had a video conference with the director of Amazon Kindle for Latin America, Pedro Huerta, the former director of Random House in México. And he said, ‘In eighteen months you will have an executive director for Amazon Kindle in Santiago who get in touch with the publishing houses to ask them to digitize all of their content to Amazon’s platform so that we can sell it globally. And visa versa, to open up our content commercially to you so that it can be purchased with a Chilean credit card and in Chilean pesos without any bureaucratic barriers.’

In each country that Amazon has entered, it has acted as a huge accelerator for digitizing books.

Many small publishing houses and independent bookstores feel threatened by Amazon and e-books in general. How do you think this will play out in Chile and Latin America?

I don’t think that their fear is justified. Because all of us are going to have to make an investment — greater or smaller — to digitize our archives. Obviously this has a cost. At the beginning the cost was around $400 dollars per book, but now it’s down to around $50 per unit to pass a file from PDF format to EPUB. But it is a one-time cost. I digitize that book for $50 and then I can sell 100,000 digital copies with no further cost. Our problem is that Random has over 13,000 titles, so the digitization has been gradual.

Changing topics: why is it so difficult to get solid sales and publishing numbers for the publishing industry in Latin America?

Unfortunately, I would say that in all of Latin America, this is a market with very little information. With very little data and statistics. Each one of us manages his or her own information. In Chile we have reached an agreement with the Ministry of Culture and the National Book Council in which we will undertake a systematic investigation to determine exactly what are the numbers for the national book market as well as undertaking a census of the reading public to know their habits.

And this information will be public?

Yes. It should be public and it will be public.

And finally, do you think that there is a potential market for Latin American authors in the United States and Europe? For example, could the [Roberto] Bolaño phenomenon be repeated with another writer yet unknown to the American or European public?

That depends on agents, on publishing houses . . . I think that the e-book will facilitate this process. We will no longer have transportation costs. Also the possibility of reading a first chapter at no cost will help spur curiosity. The cost barrier will be reduced substantially.

What we are doing here at the Book Fair, initiating a dialogue between Latin American writers — which we hope will be replicated at the seven major annual book fairs in Latin America (Chile, Argentina, Montevideo, La Paz, Lima, Bogota and Guadalajara) — I think will help authors to develop relationships across our borders. I also think this process will generate a great enthusiasm and demand in countries that are not their own — in this way we’ll be able to share literature across the borders of our continent.