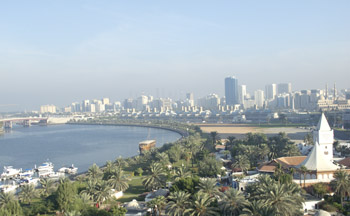 A new professional program and $300,000 to support translations marked 30 years of commitment to reading and literacy at the Sharjah International Book Fair.

SHARJAH, UAE: “The Sharjah International Book Fair is a fair for the community,” said Sheikha Bodour al Qasimi, while discussing this year’s event with Publishing Perespectives, an invited guest of the Fair, which opened on November 16 and runs through the November 26. Sheikha Bodour’s father, His Highness Dr. Sheikh Sultan bin Mohammad Al Qasimi, the UAE Supreme Council Member and Ruler of Sharjah, first opened the Fair in 1981 under the motto “for the love of the written word,” at a time when few outside the Middle East would have have been familiar with the place. Today, the picture is very different, with the UAE firmly established as an economic, political and cultural power in the region. Sharjah, the third largest of the Emirates, has dedicated numerous resources to cultural development, the result is that was named the Cultural Capital of the Arab world by UNESCO in 1998. The Sharjah International Book Fair (SIBF) –which this year celebrates its 30th anniversary — has been a mainstay of the literary community for many years, not only providing access to books and authors, but also serving as a focal point of the region’s cultural and education initiatives.

In recent years Sheikha Bodour has redoubled her father’s commitment to “the written word,” establishing a children’s publishing company, Kalimat, in 2007, and launching a variety of initiatives to promote literacy and reading, including the Etisalat Award for Arab Children’s Literature and Knowledge Without Borders.

Increasingly Important Role in the Region The SIBF serves as one of the primary book sales outlets for consumers, libraries and bookstores in the Arab world. The 884 publishers who exhibited in Sharjah this year expect to sell around upwards of $35 million collectively over the 10 days of the fair, according to SIBF director Ahmed al Amri. Sheikha Bodour said for many publishers, including her own company Kalimat, the SIBF accounts for more than 50% of their annual sales. It is commonplace to see parents and teachers combing the aisles of the exhibition center with shopping carts full of books they have bought. Cookbooks and children’s books are among the bestsellers at the fair, along with history and religion titles.

Both Sheikha Bodour and al Amri noted that SIBF was even more important for publishers and readers this year in particular because many other book fairs around the region have been canceled due to political unrest, including those in Tunisia, Morocco, Syria and Egypt. They explained that these regional book fairs serve as the de-facto book distribution system in the Arab world, and publishers rely on the fairs to promote their authors and titles directly to readers, librarians and booksellers.

With three decades behind it, the event continues to innovate and, this year, introduced a new professional program and rights center, which took place during the two days before the official opening of the fair. Publishers, agents, scouts, and journalists from around the world participated in discussions and met with publishers and agents from the Middle East. Ahmed al Amri announced a new $300,000 translation grant covering rights deals made during the fair, with Publishers Weekly reporting that a total of 135 applications for translation funding have been submitted so far. During one the program’s panel discussions on Arabic literature in translation, translator Adam Talib said that Arabic literature is experiencing a “renaissance” right now. More minority voices are being represented and there is an increased interest around the world in Arabic writers because of 9/11, the popularity of Al Jazeera, and the Arab Spring movement. Publisher Christopher MacLehose added that publishers need to take the business of translation seriously, and that publishing works from other languages serves as “enormously valuable cultural diplomacy.” MacLehose was previously the publisher of the UK’s Harvill Press and now has his own imprint at Quercus, MacLehose Press, devoted to literature in translation. In a second panel discussion on distribution, Narain Jashanmal explained that one of the reasons book distribution in the Arab world is less unified than in other regions is because of various types of fragmentation in the market, geographic and ethnic being the two most commonly recognized types. He also proposed that platform fragmentation would become a larger problem as more readers start to adopt digital books. But, said Jashanmal, “attention fragmentation is the real threat to our industry.” The fact that young people read fewer books in addition to a 40-45% illiteracy rate in some less developed regions, according to Bachar Chebaro of Arabic Scientific Publishers, has resulted in a generation that does not have a strong connection to reading and books.

It is this connection to books that the Sharjah Book Fair, initiatives like Knowledge Without Borders, and people like Sheikha Bodour and Ahmed al Amri are trying to instill in the next generation of readers. Sheikha Bodour said she is conducting a study at the fair  this year on “reading habits in the Arab world” by asking fairgoers to fill out questionnaires about what, when and how they read. She also hinted with a smile that more projects are on the horizon, no doubt to be carried out with the same energy she has for children’s books and literature.

SURVEY: Which Developing Markets Top Your Agenda for 2012?