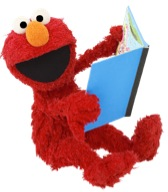 Now in its 43rd year on television, Sesame Street offers 150 e-books, 15 apps, and continues to think of itself as “an experiment.” Jennifer Perry, VP of Sesame Street’s worldwide publishing division, has worked for the legendary educational charity since 2005. She manages all publishing in all territories around the globe, which entails working on a daily basis with 30 publishers in the US and “approximately 30 more internationally.” Through licensing agreements with its many partners, Sesame Street releases 150 print books a year in the US alone and, as Perry here reveals, is an increasingly large presence in the digital arena.

“In the US in 2010 we sold approx 23 million book units, a figure that has remained stable for the last two or three years. We’re lucky because Sesame Street entered its 43rd season, starting on September 27th. Four generations of Americans have grown up with the show, so there is a sense of nostalgia and also trust. The same is true abroad — in Australia it’s 40 years old, and in the Netherlands they are celebrating the show’s 35th anniversary. Sesame Street is currently broadcast in 140 countries/territories, where in many cases it has been a long-running presence.”

Sesame Street released its first apps in the fall of 2009, “a lifetime ago in the digital world” says Perry, and has since expanded its presence massively. “We are currently the only preschool property with its own superstore on iTunes, where 150 e-books are available in four different formats, and there are also 15 book-based apps for sale. The levels of interactivity vary, from flappable PDFs to 27 animated e-books, and 2 interactive e-books offering a low level game experience.” There is also game content, educational content, audio content and free podcasts. “We are trying to meet all the different needs and interests of a pre-schooler,” says Perry. “So there are 19 different subject areas that a parent can sort through such as colors, literacy, shapes, and counting. We cover the core curriculum in all the areas you would expect from our TV, DVD and print offerings, we are simply replicating that strategy in the e-book/app world.”

As much as formats change, core elements remain constant: “Our best selling book app is The Monster at the End of This Book, which was originally published in print form in 1971: the first item we ever licensed,” she says, adding, “There is a significant audience for our educational products — parents want to share their experience with their kids or rekindle it for themselves.”

The digital Monster was produced with the developer Calloway. In the revamped version, the “fuzzy, loveable” Grover now speaks to the child, who can decide whether or not to participate in activities designed to help the blue monster overcome his fears about what lurks at the end of the book. This Christmas, Sesame Street will release an e-book based on the 1996 sequel, Another Monster at the End of This Book, which co-stars current Sesame Street mega-puppet Elmo.

“First and foremost, Sesame Street is an educational organization,” stresses Perry. “We make our way in the world with entertainment, but the organization still has the mission to improve the lives of kids. We research everything we do. As a non-profit, our resources are limited, therefore we must be selective when we choose content to meet the needs and expectations of parents and kids.”

All Sesame Street apps and e-books endure rigorous testing before they are released, resulting not so much in changes to the story but rather alterations to the user interface. “The problem is that digital publishing is so new, that very little work has been done on how kids interface with new technology,” she says. “When we decided to convert our bestselling book ever (Monster), we looked for research on devices. How do pre-schoolers interact with e-books? How will their experience with the content change from the printed page? We found nothing. We need to prepare a path, so at Frankfurt I will offer results from our first years of research — what we have done, what we have learned, what might be helpful for others — so other publishers can know and continue research for their own products.” Sesame Street, says Perry, has always been an experiment: “We are constantly experimenting. As culture, technology and family life changes, we ask — how to adapt to it? The constant is that we provide enriching content for the child. Devices such as e-readers and tablets are now integral to adult lives, and they offer new possibilities for a parent and child to interact. Any device that becomes a destination for the parent of a pre-schooler — we want to be there, to ensure that parents find ways to interact with their kids, and don’t forget that the child is there, with them, in the room.”

DISCUSS: How Can Parents and Children Best Interact Using E-readers?