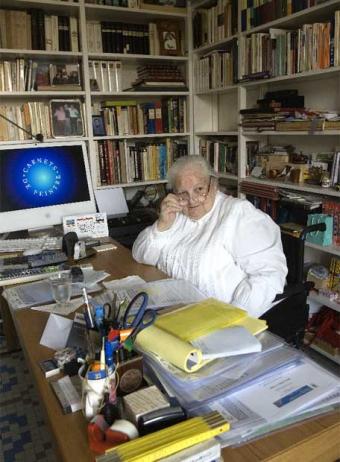 Legendary literary agent Carmen Balcells, now 81, has been one of the most powerful and influential figures in Spanish publishing of the last half-century: she represented such literary giants such as Mario Vargas Llosa, Gabriel García Márquez, Camilo José Cela, Pablo Neruda, Miguel Ángel Asturias and Vicente Aleixandre.

In 2010, the Spanish Ministry of Culture bought approximately 50 years of her personal archives for three million euros. Now for the first time, they have been opened to public view

El País took a look at the massive archive — comprising some 2,000 boxes and 2.5 miles of documents — and found a virtual history of 20th-century Spanish publishing. It’s clear from the documents that Balcells, who was a fierce advocate for her authors, never shied away form getting involved with their personal lives, such as the time she brought Mario Vargas Llosa to Barcelona to focus on his writing full time, or helped Ana María Matute battle the depression that was delaying her from finishing her acclaimed novel Olvidado rey Gudú.

Márquez so respects her that he refers to Balcells as “Mama grande.”

The rest, of course, is history.