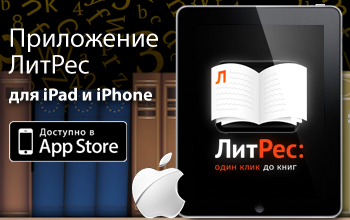 Since 2007, e-bookseller Litres.ru has offered a legal alternative to the massive piracy of e-books in Russia. To many people’s surprise, things are starting to change. Five years ago Russia’s e-book market was awash with pirates but decidedly lacking in swashbuckling do-gooders. Massively trafficked sites such as lib.ru offered thousands of books for free download. Authors such as Boris Akunin and Paulo Coehlo despaired of ever competing with the pirates and simply made their books available online for free. But then in 2007 a startup named Litres.ru appeared on the Russian publishing scene, and the situation began — slowly, but perceptibly — to change. Recently Daniel Kalder interviewed Litres CEO Sergey Anuriev about the ongoing struggle to legalize the Russian e-book market, and made some unexpected discoveries.

PP: When was Litres.ru founded and weren’t you concerned that piracy would make your business impossible?

SA: Litres.ru was founded in 2007 as an e-book business startup. When we began, Russia’s e-book market was a 100% pirate market. But we thought it was a great time to start, and entered 2008 thinking that the situation will change. We saw an opportunity to lead the market. There was new legislation in Russia, and new civil courts. These new civil courts pursued the pirates inside Russia. Of course, to avoid the law, the pirates switched to foreign providers, at a greater distance from Russia. Currently legal consumption of e-books in Russia is 10% legal to 90% illegal downloaded from pirate resources outside Russia and the CIS. But we are working to close them down.

PP: How did you build up your business?

We signed agreements with major publishing houses to make their books available digitally. The first was EKSMO, which has 30% of the Russian market. Then, step by step, we acquired another 100 houses in our portfolio, and some authors directly. We also supply content for other Russian online bookshops and servers and for cellphone providers such as MTS and Megafon. Our two main channels then are Litres.ru and our partners in Russia, and MintRight which provides Russian e-books to the US and European market. The result is that Litres.ru now has number one market share in Russia — 60-70% of the legal e-book market.

PP: How deep is e-book penetration in the Russian market and who are the major players?

SA: In Russia e-readers are very widespread. In Moscow today you will see them everywhere — in cafes, on the metro. Europe is not as developed as Russia. People also read e-books on their mobile phones — such as the iPhone, Droid etc — and on their desktops. One local producer, pocketbook, has 45% of the e-reader market in Russia. There is no Amazon, so there is no Kindle. On average retail chains offer about ten different e-readers priced in the $200-$500 range. The Apple iBookstore is good, but it is not as widespread because Apple does not produce Russian books for the Russian market — although it does sell Russian books through the iBookstore in the US and Europe. It is a very strange situation. I have tried to discuss this with the Apple subsidiary in Russia, but they are not empowered to make decisions.

PP: What is the share of the market for e-books relative to print books?

PP: Are sales concentrated in Moscow and other major cities?

SA: We get business from all over Russia . . . You see, there is a very undeveloped “paper book” network in Russia. There are only 3,000-4,000 bookstores in the country, and most of those are in Moscow and Saint Petersburg and European Russia. In Siberia and the Far East there are very few bookshops. Meanwhile those bookshops do not have a good selection and so people have to read e-books. Everywhere in Russia people know about e-readers, why they should buy them, how to use them. They know that with the poor choice available outside Moscow, it is often the only way to get a book. Currently many people choose pirate resources, but in two years I expect the business will be about 70% legal.

PP: Why are you so confident?

SA: Last year we started initiatives to communicate the problem to the government, and we were not the only ones. Music publishers and especially movie companies are a strong lobby in Russia. Last year four or five projects were launched on the internet to sell content legally, and these were supported by the movie companies who invested a lot of money. They will take all possible steps to protect their investment, and inevitably the government will have to do something. Piracy will have to close. It’s a question of surviving.

PP: How do you price e-books?

PP: Are you concerned about foreign competition?

SA: There are no foreign competitors in the Russian market. If they came, it would be very nice. Rivalry and competition are a good thing for market. It increases the quota level for e-book sales etc, and it is a good sign for customers.

Apple opened a store, but as I said, they don’t sell Russian e-eooks. Amazon we do not expect. Russia already has its own Amazons, the market leader has a 30% share, but there are 10 other companies that have 5-10%. Amazon would have to buy one of these companies, and if they did, they still would not control the market. We would like to see Koba enter the market — they have a close connection with cell phone producers, but they have no interest. Sony has a large share of the e-reader market even though they do not officially sell e-readers in Russia. All of them are imported through grey channels. Even though they have 10-15% of the e-reader market they aren’t even thinking about of opening an e-bookstore. As for domestic competitors, there are not many- maybe six or seven. The good quality competitors help us develop. Our profit last year was two million USD, this year anticipate we anticipate that it will double.

There is great potential in Russia. We were at Frankfurt last year and in London this year, but people only asked us general questions — there were no serious negotiations. Russia’s potential is huge, but Russia is also a strange market. We speak our own language!