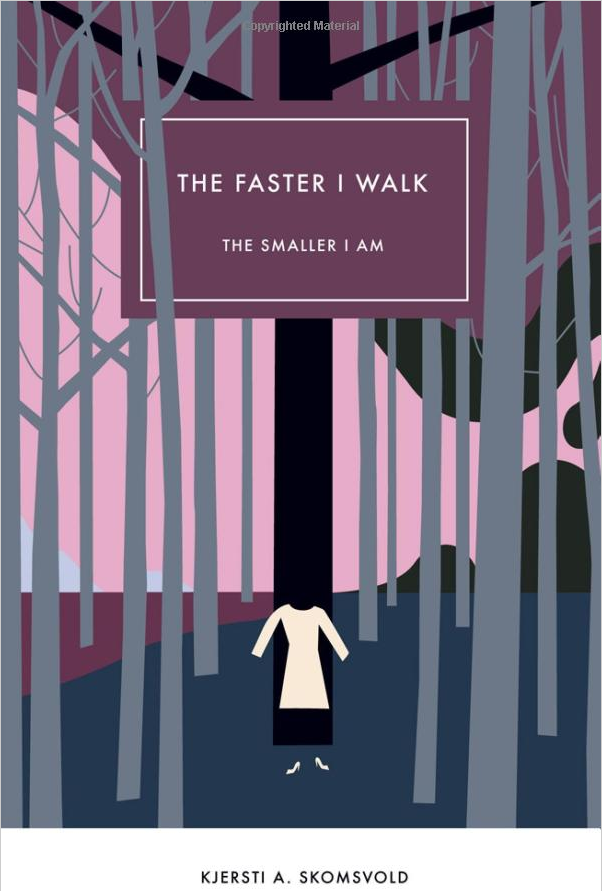 Norwegian author Kjersti Skomsvold’s debut, The Faster I Walk, The Smaller I Am, is a sparkling jewel of a novel. At around 140 smallish pages, The Faster I Walk, The Smaller I Am is not much more than a novella, really, but it tackles big themes like aging, mortality, and loneliness. The novel’s first-person narrator, Mathea Martinsen, has outlived her peers and is fed up with being invisible to the world. Even people Mathea interacts with take no notice of her, including the grocery store clerk: “When I give him my money, I touch the palm of his hand, but he doesn’t notice . . . And if I was kidnapped five minutes later, and the cops came by and showed him my picture, the boy would say he’d never seen me before in his life.”

In a quest to increase her social footprint, Mathea decides to take a series of actions to force people to notice her. She starts wearing a watch in the hopes someone will ask her what time it is, but nobody does. She bakes buns for a residents’ meeting at her condominium but eats them all before mustering the courage to go to the meeting. She calls information and asks for her own number because “maybe Information keeps statistics as to the most requested and most loved person in the nation . . . and I shouldn’t just sit here moping around because my name isn’t on it.”

Because Mathea has always spent most of her time sequestered at home, her personality hasn’t been dulled by the hundreds of minor social corrections most of us experience every day. Her voice is a compelling mix of naiveté, blunt observations, and dark (often unintentional) humor. While reading passages like this one, I found myself alternating between cringing and laughing out loud: “I talked Epsilon [Mathea’s husband] into buying a rabbit, but didn’t tell him it was because I couldn’t be alone in the apartment anymore. He wouldn’t understand. ‘I just love animals,’ I said. ‘Almost as much as Hitler did.'”

The ending of The Faster I Walk, The Smaller I Am is beautiful, tragic, and surprising. Best of all, it just might change the way you interact with the people around you who you’ve always ignored.

The Faster I Walk, The Smaller I Am by Kjersti Skomsvold (translated by Kerri Pierce) is published in the United States by Dalkey Archive Press.