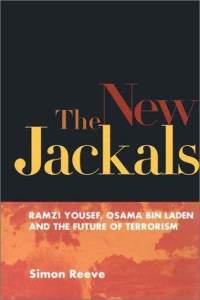 Publishing Perspectives editor-in-chief Ed Nawotka shares his memories of September 11, 2001 and considers its impact on the publishing industry.

On September 8, 2001,  I was in Oklahoma City to cover the annual convention of the Mid-South Booksellers Association for Publishers Weekly. My wife came with me out of curiosity and a desire to see the recently opened memorial to the 168 people killed when Timothy McVeigh planted a truck bomb in front of the Murrah Building on April 19, 1995, at the time, the bloodiest terrorist attack in US history. The memorial — which consists of giant bronze gates, a reflecting pool, and a field of empty chairs — was enormously moving; seen at night, the chairs are lit from below and look as if they are floating, making it look like a concert hall for an audience that will never arrive.

Later, as I was checking my carry-on through the metal detector at the airport in Oklahoma City when I commented to my wife that security seemed especially strict, especially for such a small city; then, when I was forced to eat BBQ from the airport concession using plastic utensils, I complained. The lady behind the counter had a terse, but not unsympathetic reply: “Terrorism, sweetheart.” Two days later, as I watched the Twin Towers fall from the window at my office in New York, I began to understand what she meant.

Many of us who worked at Publishers Weekly were witnesses that day. Our offices were on 17th Street and 8th Avenue about a mile or two uptown, and we had south-facing windows, giving us a full view as the first tower fell and then, a short time later, the second.

I had been one of the first in the office that morning, there a bit early for a 9 a.m. meeting, but moments after I sat at my desk in my cubicle, my phone rang. It was my wife telling me to go look out the window since the television was reporting that a “small plane had hit the World Trade Center.” I asked where she was calling from — my wife worked on Rector Street, two blocks from the World Trade Center —  but she was still at home, luckily, late for work.

Someone turned on the television in the conference room and people gasped as reports came in about the crashes in Washington and in Pennsylvania. People feared another plane was hijacked; some worried about one hitting the Empire State Building or the Rainbow Room, where Warner Books had planned a launch party for Jack Welch’s Straight from the Gut.

Word reached us that nearby St. Vincent’s Hospital wanted volunteers to go and give blood, as they were expecting a wave of survivors. One of the women editors stood transfixed at the window, crying; a male editor, a native New Yorker who’d used the towers his whole life to orient himself on the island — kept repeating repeated, “It’s gone, I can’t believe it’s…just gone.”

Someone came back from St. Vincent’s and said that no one was coming from the site of the fallen towers. There weren’t waves of survivors or wounded. Eventually, people started making arrangements to just try and get home. The scariest moment of that day wasn’t the moment the towers fell — which looked surreal, and even to this day is something my memory can only replay in silent slow motion. No. It was on the walk to the subway to get the L Train back to Brooklyn where I lived, that I saw the two fighter jets on patrol, flying north to south, what seemed just a few hundred feet above Broadway. The site of those warplanes over Manhattan sent a chill through me that I can still viscerally recall today.

The anger didn’t hit me until I reached Brooklyn. Some of the bars along Bedford Avenue in Williamsburg were still open — itself something of a shock to me — and on the walk home, I heard someone laugh. Not a nervous chuckle, but full throated laughter, which was then followed by a clicking of glasses. The anger rose in my throat. “How could they…” Of course, I have no idea who they were or what they might have been thinking.

Then there was the news: Several thousand people dead, including two executives from Reed Elsevier, the parent company of Publishers Weekly, were on one of the hijacked planes.

The next week, the New Yorker printed a mournful Art Spiegelman cover depicting the World Trade Center towers as black-on-black.  In contrast, the city of New York defiantly projected two twin towers of light straight into the sky for several nights in a row, creating a ghostly homage to the buildings that stood on the site. In the days and weeks following, booksellers, librarians and publishers did their best to help people understand. I called my bookselling friends in Oklahoma City for advice about books on coping with trauma. There was a run on titles about Islam and the Middle East. The New Jackals: Ramzi Yousef, Osama bin Laden and the Future of Terrorism by Simon Reeve, a 2009 book from Northeastern University Press hit the top ten, as did Taliban: Militant Islam, Oil and Fundamentalism in Central Asia by Ahmed Rashid, published by Yale.

Nostradamus: The Complete Prophecies broke the top 20, while new books languished, such as Walter Kirn’s Up in the Air — which had an unfortunate cover depicted a burning man who’d fallen from the sky and crashed into the ground– and Stephen King and Peter Staub’s Black House — a suddenly undesirable horror novel for which Random House had paid a $10 million advance.

It was a small shock to learn that a little more than a week after the attack Random House had signed author Caleb Carr to a contract to write a quickie history of terrorism. DIY publishers BookSurge.com and (now defunct) Blueear.com were already working to publish 09/11 8:48 A.M., an anthology of survivor stories  — in print and online — that would be released before the end of the month of September. (Even then, digital publishers were beating traditional publishers at speed to market.)

It’s amazing for me to think back even further to 1990 when Iraq invaded Kuwait. I was a bookseller at a travel bookstore in Boston and the only thing we had available for people was an outdated map of the Middle East and Albert Hourani’s A History of the Arab Peoples, an academic study from Harvard University Press.

On the publishing side, things have changed for the better. Today, people are much better informed about the world around them — something that books and the publishing industry has helped to engender. There are a myriad of titles available to Westerners addressing Islam, Middle Eastern history and politics, Afghanistan, and Arab-American life. (Just yesterday, to mark the ten year anniversary of the September 11 attacks, the Association of American University Presses re-issued their list of “Books for Understanding” — a guide for educators — that now contains over 1,000 academic press titles to help teach about the events of that day.)

The result of this has been that Western publishers have themselves grown more curious about doing business in the Middle East and are becoming more involved in the region. At the same time Middle Eastern publishers are eager to collaborate on translations and to bridge the knowledge gap.

It’s important that the intellectual relationship goes both ways. The terrorists who attacked New York and Washington that day were, by and large, raised in intellectual and spiritual isolation, the type that engendered their murderous single-mindedness. What is religious fundamentalism but a failure of reading — a failure to seek nuance in a text, to probe for paradox, to interpret? Or perhaps its just this: a failure to read widely.

Books ultimately are at the heart of September 11 and its legacy. Books are what started the terrorists down their path and books — and the exchange of ideas they represent — are what can help prevent another September 11, 2001 from ever happening again. Books offer the world’s best opportunity for understanding the events of that day, for bridging cultural and spiritual divides, and engendering hope for a peaceful future to come.

Edward Nawotka is Editor-in-chief of Publishing Perspectives. On September 11, 2001 he was editor of PW Daily for Booksellers at Publishers Weekly.

DISCUSS: How Did September 11, 2001 Change Publishing?