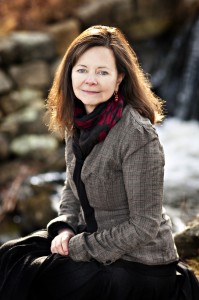 Every year I anticipate the arrival of the latest editions of the “Best American” series of books published by Houghton Mifflin Harcourt. It’s something of an addiction: I have been collecting the series since the early 90s and it offers and interesting view on the progression of American writing and literature. The annual “Best American Short Stories” has also been a reliable way to preview some of the new voices that will hit the scene in a few years. They’re also a wonderful “cheat sheet” for some of the best essays and journalism being published, especially if you don’t subscribe to a lot of small circulation magazines.

The Best American Short Stories 2011 was edited by Pulitzer Prize-winning novelist and journalist Geraldine Brooks. The Australian-born Brooks, reflecting on reading through some 200 short stories published in the US over the previous year, notes a surprising parochialism in the stories, so much so that she advises US writers to remember, “Foreign countries exist.”

Thinking back on her early career as a foreign correspondent, Brooks then encourages the next generation of US writers to put their MFAs in a backpack and “go.”

As far as you can for as long as you can afford it. Preferably someplace where you have to think in one language and buy groceries in another. Get a job there. Rent a room. Stick around. do Something. If it doesn’t work out, do something else. Whatever it is, you will be able to use it in the stories you will write later. And if that story turns out to be about gruncy sex in an East Coast dorm room with an emotionally withholding semiotics major, that’s okay. It will be a better story for the fact that you have been somewhere and carried part of it home with you in your soul.”