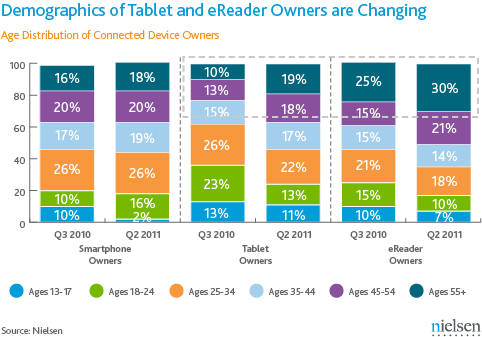 According to Nielsen, 61 percent of e-reader owners were women in Q2 2011, compared to 46 percent in Q3 2010. Tablet and smartphone ownership among women also continues to increase by 4 percent and 3 percent respectively.

Tablet and e-reader owners are also skewing older. Tablet owners over the age of 55 increased by by 9 percent and people between 35-44 years old by 5 percent.