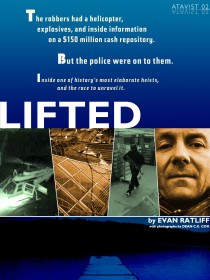 Online start-ups Byliner and The Atavist have established a market for stories too long for magazines and too short for books.

NEW YORK: How long should a book be? For more than a century, publishers and authors have understood that most commercial books, to be profitable and viable, should come in around 250 pages, give or take a hundred or two. With the popularization of e-books, though, the restraints of the paper-based industry no longer apply, but new standards are still evolving. How long should an e-book be?

Two American startups, Byliner and The Atavist, are looking for an answer to this question in the middle ground between 5,000 word magazine articles and 100,000 words books. Earlier this year, both started publishing creative non-fiction titles that are too long to fit into a magazine or too short to fill a book.

They don’t call them “e-books” (Byliner refers to them as “originals”) and they don’t price them like regular e-books, either. While most digital versions of print books retail for around $10 in stores like Amazon or iBooks, Byliner’s ($0.99 to $5.99) and The Atavist’s ($1.99 or $2.99) pieces are much cheaper. And both share the revenue with the authors, who get 50% of what the editors receive.

They also had a promising start. Byliner’s first two articles hit the New York Times’ bestseller list for digital products, and The Atavist’s app for the iPad and the iPhone has been downloaded more than 40,000 times, according to the company.

John Tayman, CEO and co-founder of Byliner, started thinking about these issues a few years ago, after emerging from the three years he devoted to writing The Colony (Scribner), a book about an infamous leprosy colony in Hawaii. Tayman, who had been a magazine writer and editor for most of his career, found himself realizing that the stories he really wanted to write and read were longer than traditional magazine articles, but shorter than books. “I wanted stories that, as a reader, I could deal with in two or three hours,” says Tayman from his office in San Francisco. “And, as a writer, I wanted stories that I could get off my desk in one month or two, instead of a year or two.”

Evan Ratliff, editor of The Atavist, had a similar epiphany. In 2009 he wrote an immensely popular article for Wired magazine about “disappearing from the grid” and the readers’ efforts to find him. (One of them eventually did.) After the story’s success, Ratliff received inquiries from publishers about writing a book with the same premise. He talked to his agent and started sketching proposals, but eventually felt that, stretched to book length, the narrative “would disintegrate.”

“It would have felt very cobbled together,” he says, having coffee near The Atavist’s offices in Brooklyn, New York. (He is now planning to write a longer, multimedia-enhanced version of the article for The Atavist.)

Ratliff thinks that readers have far less trouble than editors and publishers do with the nature of The Atavist’s articles, which usually run to about the equivalent of 50 book-length pages. “I don’t think readers have trouble figuring out, ‘Oh, wait, is it a book? Or is it an article?’,” he says. “They just read it. And if it makes sense, it makes sense.” The company sells its titles one by one, as if they were books, but works on them as if they were magazine articles. “From the first draft to the fact-checking to the visual design, we treat the piece a bit more like a magazine article,” says Ratliff, who is also developing a subscription model for its products, another legacy from the magazine industry.

Both Byliner and The Atavist are part of a recent trend that has seen a renewed interest in long-form journalism. As newspaper articles got shorter and blog posts became the genre du jour, more than a few writers and editors, especially in the US, have started to feel that the 5,000-word article had become an endangered species. This is what prompted the emergence of projects like Longform and Longreads, two websites that curate and recommend new and classic long-form journalism pieces.

Byliner, in fact, not only describes itself as a publishing company but also as a “discovery platform” for creative non-fiction. Byliner.com, the company’s website, also recommends long articles from other sources and is building an archive with the best of the genre. Tayman has compared his company to Pandora, the Internet personalized radio service. These shared origins in magazine journalism are probably what has kept both companies focused on a single genre. However, their questions about the proper length of a book could fuel similar projects in other commercial genres, like business or self-help or the growing niche of “idea books.” Earlier this year, Dutton published The Great Stagnation, an original (and short) e-book by the economist Tyler Cowen, which was passionately discussed on the web and shot up the digital bestseller lists. Cowen’s e-book, priced at $3.99 at the Amazon Kindle Store, was so successful that it was subsequently published as a 120-page paperback.

Byliner, which has published more than a half-dozen “originals” since April, has already traveled in the same direction. John Krakauer’s Three Cups of Deceit, its first title, was recently published in paperback by Anchor (Random House). “Random House first acquired the audio book rights of the story,” says Tayman. “The interest was so large they thought an additional paperback would do well.” Random House is the publisher of the 96-page book –- a thorough debunking of Three Cups of Tea, Greg Mortenson’s bestseller about his humanitarian work in Pakistan — but it’s Byliner who edited the text and designed the cover, which looks just like its digital edition. “We just see it as an opportunity to get more readers access to this great story,” says Tayman.

Another unexpected development for Tayman was how quickly he had to start dealing with foreign rights. Byliner’s second title, published in May, was William T. Vollmann’s Into the Forbidden Zone, a literary and environmental travelogue of Japan, a few weeks after the recent earthquake and tsunami. The feature became a bestseller (it retailed for $2.99) and will soon be published in Japanese as an e-book. A German translation is also on the works.

“Vollmann’s piece is a great demonstration of what we want to do,” says Tayman. “We had the idea, we assigned it to the best writer possible and it was ready ten days after he flew back from Japan.” Amazon doesn’t allow its publishing partners to reveal too many details about its business, but Tayman says that “more than 200,000 people” have downloaded or bought one of their titles. Byliner’s launch was funded by a round of angel investors.

The Atavist, on the other side, may have found an unexpected source of revenue. Jefferson Rabb, one of its co-founders and creative director, developed the software for the The Atavist’s iPad app. The company, which call itself “a boutique publishing house,” sells its titles both through its own app and for devices like the Kindle or the Nook, where its articles cost $1.99. Users of The Atavist app pay one dollar extra and have access to a series of multimedia materials, like videos, recordings and timelines. The app version of “Lifted”, a story about a bank heist in Sweden written by Ratliff, starts with a 2-minute video of the bank’s security cameras during the robbery.

Ratliff and his partners may have thought that their content would be king, but are finding out that it’s their app what’s bringing most of their revenue. They have recently licensed their software to other publishers, to develop their own iPad apps. “None of them are out yet, but we have signed deals with a textbook publisher and a journalism school,” says Ratliff. “That is the other side of our business. And it’s actually a larger side.”

DISCUSS: Online Upstarts vs. Magazines, Which Will Win the Writers?