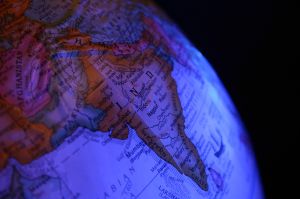 Part 1 of our look at India’s publishing industry reveals rising challenges for editorial departments, new business models for distribution, and the rise of agenting in India.

The publishing industry in South Asia as a whole, and India in particular, has never seen better times. There has been an astounding increase in the number of titles originating from and being produced in the region, in addition to large-scale investment in retail, fresh marketing tools and increasing standards of book production. The Indian scenario is particularly unique. With a whopping 550 million people below the age of 30, and with a significant and consumerist middle class, book sales in the country could well surpass all expectations.

That said, there is hardly any reliable source of data on the market. The entry of Nielsen Bookscan last October goes some way towards filling this gap, but the group is currently only providing data from a few major bookstore chains in India, which is arguably not representative. In addition, there are numerous associations, representing an estimated 19,000 publishers, although no single association has more than 1,000 members. This indicates a vibrant yet scattered industry.

Through the end of 2007, the total number of publishers registered with the India office of the International Standard Book Number (ISBN) agency was 12,375. However, given the fact that many publishers still do not register ISBNs for their books, this number is merely indicative at best. It is further estimated by the various associations that a total of 90,000 titles are produced every year, while the potential growth is pegged at an optimistic 30% per year. The complexities notwithstanding, publishers have been trying new and innovative ways to tap into this huge market. For instance, a country that had only a handful of authors writing in English a few decades ago, today boasts a book launch almost every day of the year; in addition, new literary awards are regularly being unveiled, and there has been a recent proliferation of literary festivals.

Amidst this excitement, one still finds a fractured infrastructure that presents a huge challenge and a consequent opportunity for the industry. First, there is the challenge of finding interested and trained professionals. Publishing was, and in many ways still is, a family-owned and family-run business, which means that many people in the profession were literally born into publishing. Others claim they sort of ended up there by chance. Certainly, there are passionate editors and marketing professionals who have given up well-paid jobs to work with books, not to forget the entrepreneurs who have carved out niches to run successful publishing ventures. But by and large, recruitment into the industry continues to be a relatively unplanned, erratic process. When publishers aim for expansion and recruitment, there seems to be a clear lack of both talent and professional training.

This is an area that the Frankfurt Book Fair, through their local office (which this writer represents) is now trying to address. Earlier this year, in collaboration with the Indian Institute of Management, Ahmedabad, we launched the country’s first publishers’ training program. There are also plans for training programs for existing professionals at senior and middle management levels, as well as a course for freshers in the coming future.

While there is clearly no dearth of brilliant writing coming out of the Subcontinent, one of the main concerns voiced today is the need for better editors, equipped with adequate training. Rajeevan Karal of Cambridge University Press has suggested that there are two primary reasons for this situation. “First, the syllabus for English at the school and university levels does not aim to develop editorial skills among learners,” he says. “Second, the publishing industry has not made efforts to communicate their needs to academia. So, most editors hired by publishing houses learn the business on the job. Unlike a few other professions, though, editors in publishing houses are there by choice. The very fact that most of them spend their entire career in the industry speaks of this fact.” In the “by choice” argument, Karal seems to be referring to the low salaries in the profession. Saugata Mukherjee, former editor of HarperCollins India, concurs: “I can tell you I am grossly underpaid! Besides, I don’t think there is any industry standard, really.”

With new technologies coming into the sector, there is also a pressing need to train editors to adapt. “An editor’s job is becoming more and more challenging day by day, because of the digital revolution,” Karal says. “New modes of delivery of content have thrown newer challenges to the editors, who are now, besides linguistic competence, required to understand the potentials of the new technologies to deliver content to the end user in the most preferred ways, and get authors to develop content that can make the best use of them.”

Still, while the need remains significant, the Indian publishing industry has clearly managed to nurture editorial talent. This is evident from the accolades that Indian writing in English has been receiving the world over. “Being an editor in India is hugely satisfying, though not monetarily,” Mukherjee says, “because of the growing market and because there is scope for taking publishing decisions which can spark off trends. In India, some editors are adventurous, and the industry gives them the scope for that.” This opportunity to commission offbeat books that can set trends in new writing makes the field particularly interesting.

Gaps in Distribution, Retail, and Marketing More broadly, the “intellectual” infrastructure is less of a problem than the physical infrastructure. India’s book business remains dominated by significant gaps in distribution, retail and marketing. Beyond the country’s staggering size, even second-tier towns continue to lack adequate access to books. It is estimated that organized retail accounts for a mere 7% of book sales, with the rest coming from the unorganized sector, which includes channels such as supermarkets, university bookstores, textbook stores, railway-station stalls, door-to-door sales agents, footpath sales, etc. There has certainly been an upsurge in shelf space for books, at least in the major metropolitan areas, while online retail outfits such as Flipkart and InfiBeam have belied earlier predictions to become serious players in the business in India. Flipkart in particular claims to have four million titles readily available to its six million visitors and 500,000 registered users; its book sales have reached 750,000 in just over two years of its existence, with half of its buyers returning to make additional purchases.

It is clear, though, that the demand and supply of books in the Indian market is today somewhat mismatched, with books not reaching all potential buyers. The publishing community is well aware of the problem, and publishers are coming up with innovative ways to tackle it. New models have arisen, for instance, in which a large publishing house, such as Penguin India, Rupa & Co or Westland, chooses to distribute both its own books and that of its competitors, or even enters into co-publishing ventures with smaller independent publishers. In the days ahead, there is bound to be greater consolidation and more efficient ways of making the whole supply chain work, as more and more players enter the market. Though some might say this eventually means the slow death or “selling out” of independent publishers, it would seem that this could also lead to symbiotic relationships that could work in the favor of the reader, who get access to all sorts of books and writers who are able to reach a wider readership base.

In this vibrant atmosphere comes the next interesting player: the agent. Until just a few years ago, barely one or two literary agents were operating out of India. Jacaranda, run by Jayapriya Vasudevan and Priya Doraiswamy, was the pioneer in the field. As seen in “mature” markets, agents play a crucial role in identifying, nurturing and exposing new talent in ways that publishers tend to find difficult to do, preoccupied as they are with other matters. Mita Kapur, who runs the “literary consultancy” Siyahi, says, “Our agency works at helping our writers hone their manuscripts to a level where acceptance levels with publishers becomes higher and smoother. We have a sense as to which publisher is building up what kind of list, and we work according to that. The quality of writing rises because of that, and publishers also find it easier to work with such books.”

The “new” writer, then, has an interesting arena in which to work. With a growing market in the Subcontinent, the old argument of writing for a foreign readership is losing its logic. Chetan Bhagat and Amish Tripathi, each selling over 50,000 copies in India alone, represent a new breed of writers who are able to defy previous notions of what the market demands. Literary quality apart (defined, in any case, by a handful of critics fighting for the scant space the media permits for reviews), the mood that these authors create lends a new flavor to the scope of English-language publishing in India.

Even larger publishers, including Penguin and HarperCollins India, have chosen to take a look at commissioning books in this almost indefinable genre of ‘popular’ writing. As a result, one has seen books such as Johnny Gone Down by Karan Bajaj or the “Metro Reads” series from Penguin India. In this scenario, the new editor also finds a special role. As Chiki Sarkar of Random House India points out, “Half of my list consists of subjects that I think would make a good book and then finding the writer who might be suitable for it.’”Whether the new reader is following or setting trends is an interesting question, if market forces are defining much of the commissioning that is being done.

DISCUSS: How Can We Nurture the Next Generation of Editorial Talent?

Akshay Pathak is the Director of the German Book Office, New Delhi, a joint venture between the Frankfurt Book Fair and the Federal Foreign Office of Germany.

This article originally appeared in a slightly different form in Himal Southasian magazine. It appears here with permission from the author.