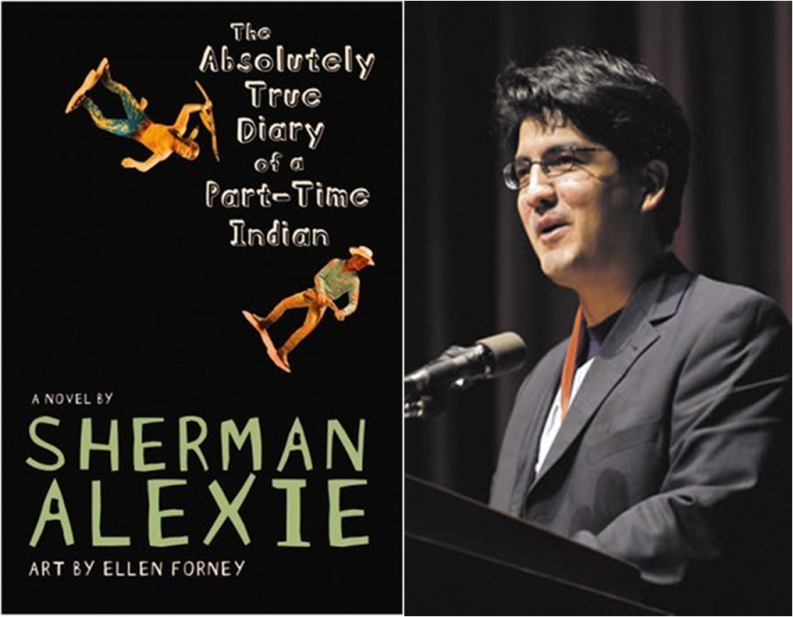 Sherman Alexie again leads the American Library Association’s annual list of the 10 books receiving the most complaints from parents, teachers and others.

The headline from the Associated Press says it all: “It turns out at least one part of publishing has a diverse slate of authors. The books most likely to be pulled from school and library shelves.”

The American Library Association (ALA) has released is annual list of the 10 books receiving the most complaints from parents, teachers and others in local communities. Once again sitting at #1 is Sherman Alexie’s prize-winning autobiographical novel of high school life, The Absolutely True Diary of a Part-Time Indian, followed closely behind by Marjane Satrapi’s extraordinary graphic novel Persepolis, and that long-time fave picture book about two male penguins who raise a baby penguin on their own (quel horror!), And Tango Makes Three by Peter Parnell and Justin Richardson.

The other books named by the ALA were Toni Morrison’s first novel, The Bluest Eye, Khaled Hosseini’s best-seller The Kite Runner, Jaycee Dugard’s memoir about her kidnapping, A Stolen Life; Robie Harris’ It’s Perfectly Normal; Saga by Brian Vaughan and Fiona Staples, Stephen Chbosky’s The Perks of Being a Wallflower and Raina Telgemeier’s graphic novel Drama.

As the AP notes:

“Several of the authors listed were either non-whites, even though just a small percentage of books released each year are by non-whites, or writers of books with gay, lesbian or transgender themes. According to a study compiled last fall by the web site Diversity in YA, which advocates diversity in young adult literature, around 20 percent of books that appeared on the library association’s challenged books list since 2000 have been by non-white authors. Over half of the books included content about non-whites, non-heterosexuals or disabled people.”

The report’s author, Malinda Lo, said that “Diversity is slim throughout all genres of books and across all age groups – except when it comes to book challenges.”

Why are these books in particular being challenged? “Cultural insensitivity” is cited in the case of Alexie’s novel, based on his experiences as a Native American at a mostly all-white high school; And Tango Makes Three is said to “promote the homosexual agenda.” Other complaints include the usual litany of sex, violence, drugs, alcohol, and “offensive language.”

The list is part of the ALA’s 2015 State of America’s Libraries Report.