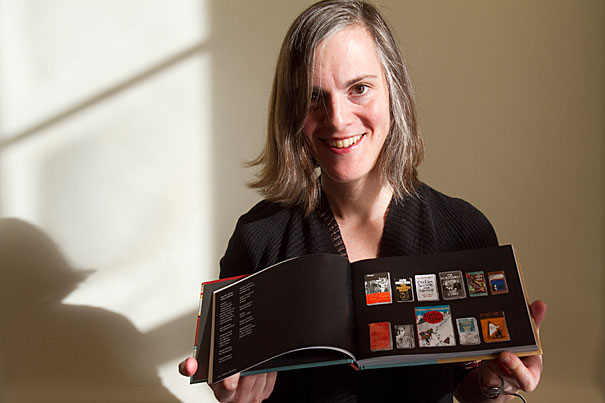 Here at Publishing Perspectives, we spend a great deal of our time thinking about books. But what with ebooks and e-readers and everything else new, what exactly is the definition of a book?

At Ploughshares literary magazine, they’ve been asking exactly that question (among others) as part of an interview series of people who “are engaged in books.”

In a recent interview, they spoke with Leah Price, professor of English at Harvard University and editor of “Unpacking My Library: Writers and Their Books.”

How do you define a “book?”

Earlier this year, the blogger Adrian Chen claimed that “a book is basically thousands of tweets printed out and stapled together between pieces of cardboard.” To my mind, a book is the opposite of thousands of tweets. It’s a medium with high barrier to entry—it used to be hard to produce one, and it remains hard to distribute one. Yes, most books quickly end up remaindered, and only a tiny fraction of them will ever be reprinted; they’re designed, in principle at least, for the long haul.

That said, “book” has meant different things to different cultures. It sometimes refers to a sequence of words that’s long enough to form a whole, though short enough that it’s not impossible for one person to read the whole thing—and even then, most books are treated more like a buffet in which readers graze for quotable quotes than like a meal whose different courses need to be eaten in sequence and it’s an insult to the chef if you don’t finish everything on your plate.

At other times and places, a book hasn’t referred to a sequence of words but rather to a material object—a roll of a manageable size, for example, or a codex that’s thick enough for its title to be spelled down its spine. This is one reason that UNESCO defined “book” in 1964 as “a non-periodical printed publication of at least 49 pages, …made available to the public”; but the redundancy of “publication made available to the public” points to what remains slippery in that definition. Where do you draw the line between publication and internal circulation, for example? And “of” begs questions as well. The early modern Sammelband is a book made of different works bound together by what we would today call the end user—it’s the reader, not the publisher, who assembled those parts into a whole that we’d recognize as a book. So “book” is a term that has fluctuated and been fought over long before e-books began to face off with p-books.

What about the current moment for books interests you?

The book was never the only game in town: it’s always coexisted with other media. A big part of any history of the book would have to be a history of its successive collaborations: authors interviewed on the radio; print manuals for digital devices; films adapted from books and vice versa. Rather than thinking about print and digital media as competing, it may help to borrow that old trade phrase: they’re “competing and complementary.”

But it’s true that we’ve suddenly become more aware of the shifting division of labor among different media. And that awareness has the unintended consequence of making intellectuals more invested than ever in taking the book as a proxy for certain larger cultural practices that we feel slipping away: attention, concentration, imagination, analysis. The problem is that for most of its history, the book hasn’t embodied any of those virtues. Most books throughout history have been utilitarian, instrumental, meant to be searched rather than read from cover to cover—think of the phone book. And even the absorbed, linear reading of a continuous fictional narrative from cover to cover didn’t use to be seen as a virtue: until radio and film and TV came along to compete, losing yourself in a book was a mark of idleness, not of industry.