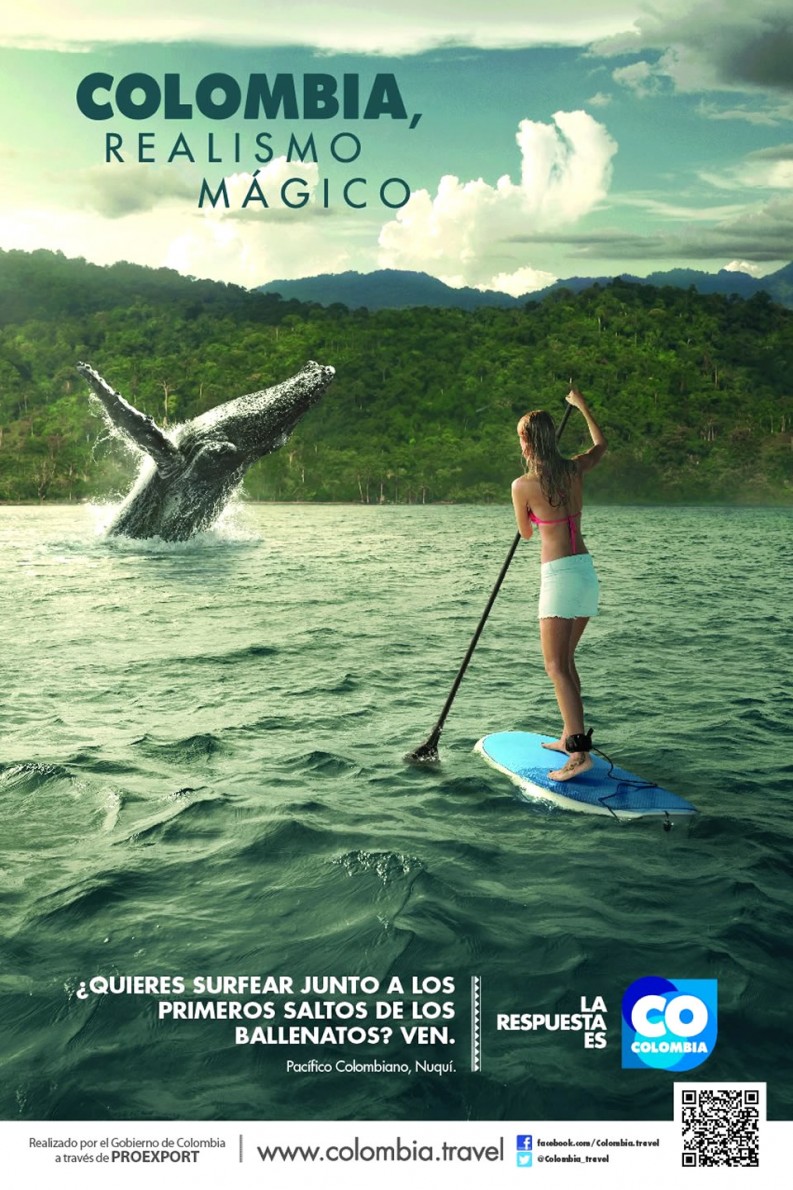 Take the typical, white, middle-class American (which is a far smaller percentage of the population than you might think) and ask them to free-associate with the country of Colombia. What springs immediately to mind isn’t likely to be flattering. I suspect it might be limited to jungles filled with FARC soldiers and the legacy of Pablo Escobar, or maybe the time when a Colombian scored an own goal against the US in the World Cup and on his return home was murdered in retaliation for his mistake.

Of course, this is an ugly and dated set of references. Now, in the US, Colombia is looking to turn around the perception of the country and is using literature — and, in particular, the work of Gabriel Garcia Marquez, to do it.

The country’s latest tourism campaign uses the tag-line “Colombia, Magical Realism” in a series of television ads — like in the following spot promoting tourism to Cartagena.

It is a turn away from the country’s previous ad campaign which used the line “The only risk is wanting to stay,” which to me always translated  in my head into “the only risk is not wanting to leave.” I may have been free associating and subconsciously thinking of Ben Fountain’s exemplary short story “Near-extinct Birds of the Central Cordillera,” in which as an America ornithologist is kidnapped by the FARC (natch) and experiences a kind of Stockholm Syndrome after discovering a nest of rare birds. (Read it, it is truly exemplary.)

Whenever I’m in conversation with someone from South America about literature, they will inevitably stick a (real or metaphorical) finger in my chest and point out — and often without solicitation — that “magical realism” does not define South American literature. It served as a convenient literary ambassador for a short time, but is in fact a dated reference and a unfortunate cliché.

Still, as a slogan for tourism, I think it’s quite catchy. But doubting my own instincts, I reached out to one of our contributors, María Paula Godoy Casasbuenas who is Coordinadora Editorial at Universidad Católica de Colombia, to ask her what she thought.

She replied: “Well, I find that using ‘Colombia: Magical Realism’ makes me think right away of ‘One Hundred Years of Solitude.’ This being the most well-known book by a Colombian author abroad, it sure speaks a lot to foreigners and gives away that tropical feeling, that search for something so different from your reality, something that you look for when you go away on vacation. So I think it has the right amount of romantic evocation and literary reference that can be really appealing.”

Fair enough. What do you think? Is it merely further exploiting a cliché? Or a clever use of a literary reference to bring in monied beachcombers?

England uses Shakespeare to draw visitors; France has no shortage of literary landmarks; and Spain has featured drawings of Don Quixote on its ads before.

And certainly Russia has its Raskolnikov curiosity seekers. Even Gabarone, Botswana offers No. 1 Lady Detective Agency tours and has an opera house funded by Alexander McCall Smith.

So, could more countries use literature to draw tourists? How so?

Have examples? Thoughts? Let us know what you think in the comments.