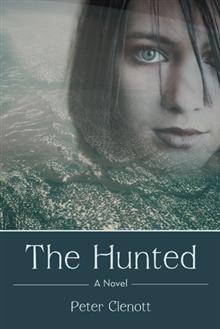 The Hunted, by Peter Clenott: This brilliantly understated fusion of anthropological mystery, apocalyptic science fiction and ecological thriller begins when a geological survey team stumbles upon the last remnants of an indigenous Amazon tribe and discovers that the tribe’s DNA is radically different than that of modern humans. Two anthropologists adopt a young tribal member, who — 17 years later — begins experiencing bizarre visions that lead her back to her native jungles. Stellar character development, a fascinating storyline and vivid description make this a stay-up-all-night-until-your-eyes-bleed kind of read. Read review.

Pact I: The Taste of Fear, by Duncan Shelley: Alien entrepreneurs seek to buy lean human meat for consumption; in exchange, they offer eternal youth to their human business partners, members of a powerful secret society known as  The Order. Can a little girl and a master detective expose the technologically advanced aliens and prevent humankind’s obliteration? Set in the future, this thrilling blend of science fiction and mystery is virtually impossible to put down — an utterly readable novel with an audacious premise.  Read review.

The Qaakil, by Bill Nielsen: A page-turner with a conscience, this novel tells the story of a slew of deaths in a cold Canadian backwater where Inuit legend tells of a predatory fish god who wreaks death on any who enter the area. The tension ratchets up as wealthy American John Stanton is killed and his brother, son and a biologist named Molly race to prove the fish’s existence before specimens that Stanton illegally imported to New York State devour people there. This powerful, outdoorsy, real-world thriller deserves a wide audience. Read review.

A Woman Possessed, by Marilyn Hering: Set against the violent labor struggles of silk mill workers in New Jersey in 1913, this exceptional novel follows mill worker Eleanor O’Bannion as she falls in love with labor leader Dante Ravelli but must marry the new mill owner Charles Lafferty to save her family from poverty. The author brilliantly traces Eleanor’s decline from a poor woman of strong character to a spoiled socialite, delivering a narrative that weaves love, loss, despair and redemption into a fascinating read that is part chick lit, part history lesson.  Read review. Never Quote the Weather To A Sea Lion And Other Uncommon Tales From the Founder of The Big Apple Circus, by Paul Binder: This captivating memoir details the events of Binder’s life as a street juggler, traveler, circus performer and ultimately, founder and ringmaster of The Big Apple Circus. A raconteur and showman, Binder tells his stories economically, with comedic timing honed over years of juggling “balls, clubs, Leonard the rubber chicken, a frying pan, even our hats and a shoe.” Read review.

A Thousand Voices, by Jeri Parker: This poignant memoir centers on the relationship former Utah schoolteacher Parker cultivated with the wild, magnetic, deaf child who became crucial to her life. Their on-off friendship endured for two decades, through Carlos’ brilliant, playful, troubled school years, his later bouts with violence, drugs and early fatherhood, and into his final days in a hospital bed. Her extraordinary story will move even the stoniest heart.  Read review.

In the Frightened Heart of Me: Tennessee Williams’s Last Year, by Tony Narducci: This tender, well-written memoir tells the story of the author’s complex and challenging friendship with American playwright Tennessee Williams during the last year of his life — a relationship that began in 1982 when Narducci offered his arm to Williams as he stumbled on the stairs. Along with an elegant depiction of Williams’s life at that time, Narducci’s memoir paints an indelible portrait of gay life on the brink of the AIDS epidemic, creating a bittersweet memoir sure to captivate readers interested in Williams or gay life. Read review.

Leonardo and the Magic Art Cart, by Marianne Bickett: Fifth-grader Kala Milerano and her friends experience journeys beyond their imagination when their “unconventional” art teacher, Ms. Fitt, shows them the wonders of her magical art cart, which takes them back in time, where they meet an artistic boy named Leonardo. Returning to modern day, Kala discovers that Leonardo has slipped into the future and must be returned to the 15th century before he misses his opportunity to become one of history’s most famous artists and scientists. History comes to life in this accomplished debut. >Read review.

These books did not receive Stars but were highly praised by our critics.

The Cowboys’ Secret, by Ruth Harten: Ruth Harten was devastated when her 19-year-old son Gabe drowned while in the process of joining the elite University of Texas association, The Texas Cowboys, in 1995. Her heartbreaking memoir is an elegy to a lost son, as well as an exploration of the mystery behind his death and its possible connection to hazing. With its elements of real-life crime and mystery woven with practical advice for parents of children pledging fraternities and sororities, her book holds appeal for parents and general readers alike. Read review.

Memories of World War II Vets, by A. J. Brown: Memories of World War II collects interviews with 89 servicemen and women who either volunteered or were drafted into World War II. It offers a diverse and illuminating range of perspectives, from ardent volunteers to those disillusioned with their service, presenting an uncommonly nuanced look at the armed forces and the war. An evident labor of love, this is also a valuable piece of collected history. Read review.

Zen and the Successful Horseplayer: How to Win and Find Calmness in Horse Wagering, by Frederic Donner: Written by a retired FBI agent with a happy weakness for thoroughbreds, this book combines two of the author’s passions: betting the nags and the Way of Zen. While horse racing as the author sees it may be a thing of the past, much of what he says is timeless, and the mystical buoyancy of his Zen-centric views make this a welcome addition to any contemplative horseplayer’s bookshelf. Read review.